...great films twice a month....bringing cinema back to Hitchin...on Fridays! 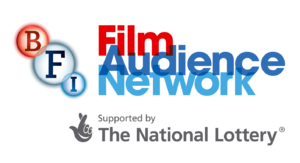 Nosferatu is sold out.

Sorry no tickets on the door.

4 nights of great films and entertainment!

THIS IS SOLD OUT.

NO TICKETS AVAILABLE ON THE DOOR.

Nosferatu is one of the silent era’s masterpieces. Its eerie, Gothic feel - and chilling performance from Max Shrek as the vampire - set the template for horror films that followed. Darkly humorous and tender too - this is a story of yearning and the search for fulfilment.

Minima are a Bristol-based four-piece group who have specialised in live accompaniment to screenings of silent films since 2006. Their instrumentation includes cello, double bass, guitars, dulcimer, synthesizer and drum kit, creating an uncompromising and unique live sound. This new reworking of their own acclaimed original score to Nosferatu follows Hutter on his journey to Transylvania and back, plunging the audience into an awaiting nightmare.

“Minima's spine-tingling music clung to each twist of the movie... spellbinding accompaniment.” (The Guardian)